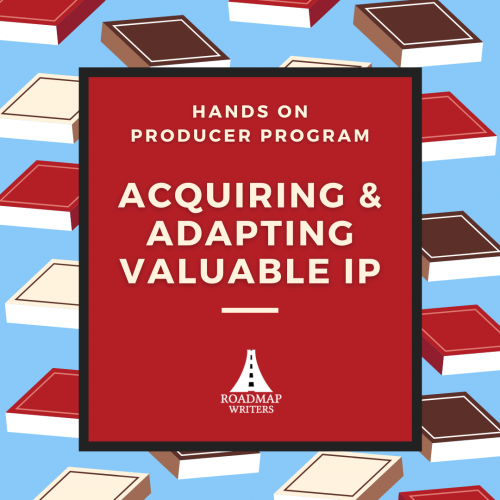 Struggling with not getting enough traction? Are you solely writing original stories?

Having the rights to solid IP (intellectual property) is one of the "easiest" ways to get attention from an executive. Acquiring IP is a mystery to many and can stop writers dead in their tracks from even attempting to.

In this interactive 4-week program, Producer James Brown (STILL ALICE) will walk you through how to discover if projects' rights are available, how to contact rights holders, learn the difference between options vs shopping agreements, how to negotiate, the ins and outs of popular new formats like podcasts and more!

Each writer will come into the class with different dream IP choices and Jesse will walk you through the process on acquiring the rights to those IP choices that are available!

This week, we will learn what IP is and how to search for it.

This week, we will learn how to reach out to rights holders and which piece of IP to focus on for class.

This week, we will learn how to begin adapting the IP for the screen.

This week, we will polish the treatment and prepare for the road ahead.

James Brown started his career in independent production and film criticism in his native Australia. He worked as a critic for the national Austereo Radio Network, directed documentary projects for ABC TV and Foxtel, and was awarded the Panorama Jury Prize at the Berlin Film Festival in 2004 for his drama short ‘Fugue’.

After relocating to London, Brown worked in acquisitions at various independent UK distribution companies, holding Head of Acquisitions roles at companies including Tartan Films and Metrodome.

In 2011 he produced his first feature, ‘Age of Heroes’ starring Sean Bean.

‘Still Alice’, his second feature as a producer, was acquired by Sony Pictures Classics at the Toronto Film Festival 2014. ‘Still Alice’ won its star Julianne Moore the SAG Award, Indie Spirit, Golden Globe, BAFTA and Oscar in 2015. In 2017 James produced and directed family film 'You Can Tutu’ which was acquired by Netflix for all English-language territories.

His short as writer/director, ‘Failure to Thrive’, premiered at the Austin Film Festival in 2018. He was selected for the Toronto Film Festival Director’s Lab the same year.

His latest feature as producer, ‘Before You Know It’ starring Judith Light, Mandy Patinkin and Alec Baldwin, premiered in Competition at Sundance 2019 and was released in the US by 1091 (previously The Orchard).