Take a look at any roadmap: There are a plethora of ways to get from point A to point B. Some routes require more luck than others; some are roads less traveled; while still others are riddled with detours... Breaking into and sustaining a career in the screenwriting business is hard – sometimes it can feel nearly impossible.

Enter Roadmap Writers, a team of industry veterans dedicated to equipping screenwriters with the real-world tools and training needed to take their career to the next level.

What is Roadmap Writers?

Roadmap Writers is a screenwriting education and training platform for Career Writers looking for a guided path to success. Our programs are hosted by working industry executives and are designed to empower writers with actionable tools and insights to elevate their craft and cultivate relationships with industry professionals. Since 2016, we have helped more than 200 writers sign to representation and countless others get staffed, optioned, or sell their script.

We focus on quality of education rather than quantity of numbers in our programming. We pride ourselves on getting to know each writer individually and doing our best to cater to their individual needs. Because it takes so much investment, time, and care to champion and launch a writer’s professional career, we focus work on Career Writers over hobbyists. Roadmap is the only screenwriting organization that has a fully guided Tiered program that will help you build an incredibly strong foundation for lasting career success. Each program is taught by passionate working executives with a proven track record.

Who teaches our classes?

Our instructors are all working executives, managers, producers, writers, and other industry professionals. By learning from working execs, you are able to benefit from their real-world, hands-on experience and knowledge of the current marketplace. We have relationships with nearly every major company in the industry and work with hundreds of agents, managers, producers, and executives that are highly vetted and genuinely invested in helping writers grow.

Where do our classes take place?

Our programs take place 100% online (most utilize video conferencing software ZOOM). You can participate from anywhere in the world! The only requirements are a camera, a microphone, and a decent internet connection. The online classroom also provides for high-quality recordings of each class so that you can review the session at a later date.

Is Roadmap right for me?

Our focus is on what we call Career Writers. A Career Writer takes the craft seriously, understands the importance of cultivating relationships, handles feedback professionally, and puts in the time to move their career forward. There are countless writers out there and it’s important to us that we give each one of our writers the attention they deserve (and need) to succeed. It’s impossible to cater to every writer in the world, so we only work with writers that are really ready to make screenwriting a career. It doesn’t matter where you live, what your background is, or how old you are, if you’re ready to work hard, get and digest feedback, step outside your comfort zone, and challenge yourself as you’ve never been challenged before, then Roadmap is right for you!

Nearly all our programs are done in a roundtable setting. This means you are going to be hearing your peers pitch and get feedback and they are going to hear your pitch and get feedback. Our Career Writer Program is for vetted writers only so you can be assured you are going to be in a community with normal writers that you can feel comfortable with. Also, all our roundtables are moderated by a Roadmap staffer to make sure everything is going smoothly at all times.

Where do I start?

The best place to start is our Pitch Prep Program in our Career Writer Program. This will give you the foundation you need to perfect your pitch and marketing strategy. From there, you will work your way up to eventually land in our Top Tier Program! This is where most of our success stories happen. By the time you get to Top Tier, you will be a writer with a distinct voice who is confident at pitching with an exciting Rolodex of executives you can call allies.

Screenwriters that work with us can take advantage of:

Not sure where to start? Let's chat! 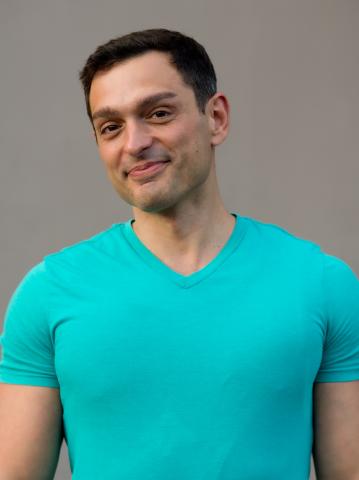 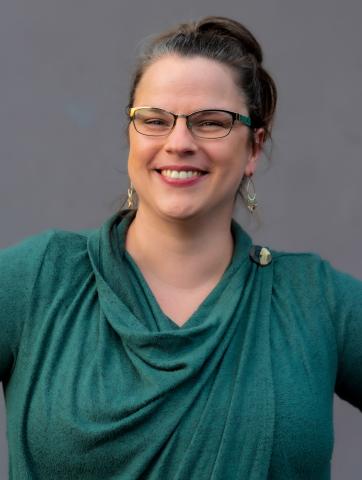 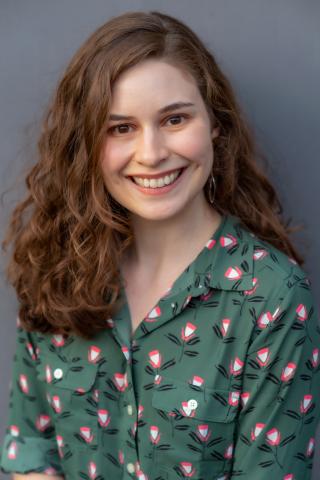 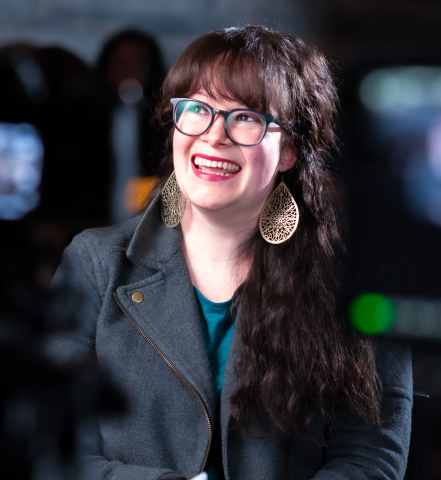 Terra Joy started her career in Washington, DC as a journalist and managed a documentary film campaign, where she was also very active in the local screenwriting community. She's been to 35+ countries, has a BA in Political Science, and loves helping other writers develop their material. As a writer herself, Terra focuses on character-driven comedies and dramas, and has a soft spot for true story adaptations. Before joining the RoadCrew, she was a reader for Slamdance. When she's not connecting awesome creative people with other awesome creative people, she's nerding out on psychology, analyzing her favorite movies and TV shows, and trying to find the best boba tea flavor. 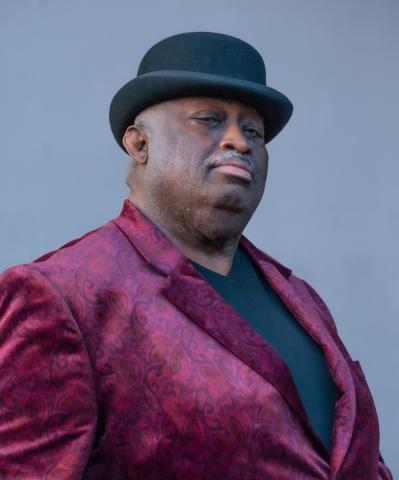 James is an author, screenwriter, producer and motivational speaker who loves to find a way to succeed. James has also worked as an actor and voice talent on numerous projects. He's passionate about finding the story within the story and helping writers find their own given greatness. His other passion is being the San Fernando valley's expert on finding the best Pancakes. 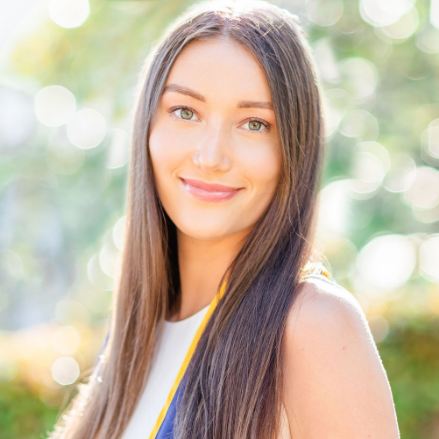 Emily studied media, literature, and film at UC Berkeley. She's worked on a lot of different film sets, for small independent production companies, and at Disney's 20th Television. Emily's favorite part of working for Roadmap is finding a script that's undeniably special and helping it to gain momentum. She's most excited about telling stories that spark conversation and create space for unexpected narratives. 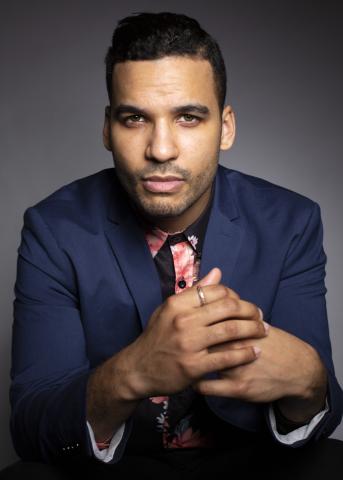 Tristan J is a repped TV writer and former Off-Broadway theatre playwright, actor, & director. Before becoming Roadmap Success Story #229, Tristan J was highlighted in YesBroadway's 40Under40 alongside Oscar-winner Ariana DeBose, Adrienne Warren, & Alex Newell. Back in New York, Tristan J created A Night of Play NYC, a board-game-infused playwriting incubator of new works from emerging playwrights in Brooklyn, NY, where Tristan J was raised on a military base in a blended multi-racial family. There's nothing Tristan J loves more than new voices & board games! An advocate for queer creators of color, Tristan J works to elevate & honor the creative process alongside our collective journey towards enlightenment! Follow Tristan J on Twitter and Instagram for rumblings on musical theatre, spilling tea, and being a magical witch. 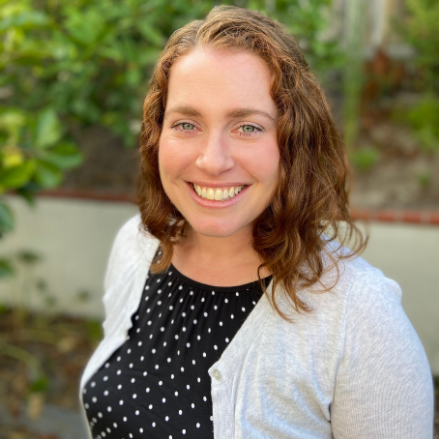 Lorinne is a native Southern Californian who earned her BFA in Film Production at Chapman University. Preferring to work more on the business side of filmmaking, Lorinne has worked on numerous films doing mostly post-production, scheduling, budgeting, and contracts. Since moving to San Diego to start a family, she gained several years of experience in the business world before transitioning back to her beloved entertainment industry with Roadmap Writers. Also a huge Disney fan, Lorinne spent over 5 years as a Cast Member at Disney Parks and loves taking her two young boys to The Happiest Place on Earth. 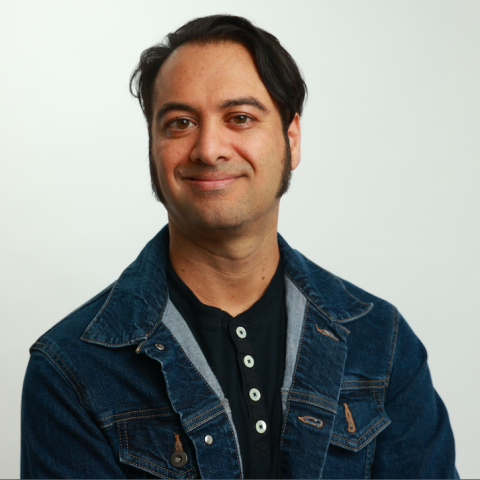 Aadip is not only our Director of Brand Management & Marketing, he’s also Roadmap Success Story #98, signing with his agent and manager through Roadmap. Aadip was honored as a 2020-2021 BAFTA Breakthrough for his work as a Staff Writer on THE GOLDBERGS (ABC), a show mostly about yelling. Aadip has also written for MIRA, ROYAL DETECTIVE (Disney Jr.), SHARKDOG (Nickelodeon/Netflix), and DEW DROP DIARIES (DreamWorks/Netflix). He was in AFI’s MFA Screenwriting program but dropped out to join the ABC/Disney TV Writing Program, or whatever it’s called now, thanks to corporate restructuring.

Ever the advocate for writers, Aadip runs the LA TV Writers Facebook Group, is an Advisor/Instructor at the Sundance Institute, and a speaker at top film schools—AFI, NYU, UCLA, and USC. He’s somehow a mentor for a variety of screenplay competitions, labs, fellowships, and talent initiatives.

Aadip worked as a digital book animator for Reading Rainbow, a development intern at Trancas International Films, producer’s assistant, and assistant to two persnickety actors and one normal one. He was also a longtime Co-Host/Producer of the On the Page screenwriting podcast with Pilar Alessandra and brown former President of the Northwest Screenwriters Guild in Seattle.

In his hazy life before writing, Aadip had an extensive career in the music business. He worked with the best and worst of humanity as a session/touring musician (drums, trumpet), music supervisor, and music executive in charge of Starbucks’ global background music when it was still good. He's also worked with many of the top brands in retail, hospitality, and entertainment like Target, Nordstrom, Sony Records, Cinnabon, etc. He has a functionless BA in Economics and a Minor in Music from the University of Puget Sound.

You can follow him on Twitter and Instagram for his thoughts on diversity and inclusion in Hollywood,  discussions about the craft, and political rants. He also has a wealth of free screenwriting resources on his website. 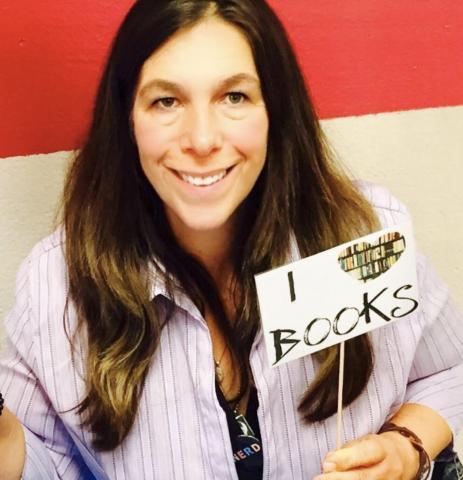 Selene is an award-winning author and publisher. She holds an MFA in Creative Writing from The New School and a BA in English from New York University. Selene lives with rescue cats and nature on a Long Island lagoon. She loves hanging with writers, discussing everything from synonyms to Shakespeare.