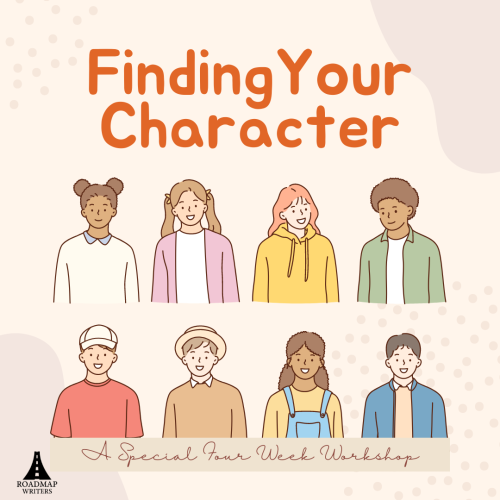 A strong character is always at the heart of a strong script, but writing a strong character is no easy feat. Maybe you have trouble pinning down their unique point of view, or working out their wants and needs, or crafting dialogue that fits them. It can all feel overwhelming, which is why Roadmap Writers and Lorien McKenna designed this four week workshop.

During the course of the four weeks, Lorien will guide you through exercises and discussions to help you find and develop your characters. You'll have the opportunity to discover who they are, what makes them shut down, what they're afraid of, and, most importantly, what they want.

Week One - Point of View

This week, Lorien will lead a group discussion about establishing your characters' point of view. She will provide writing exercises during the session to help you focus and hone your work.

This week, we will examine how wants, needs and stakes shape a character's narrative.

This week, we will examine what's in your character's way - both internally and externally.

This week, we will discuss how a character uses dialogue to get what they want, and how their dialogue exposes who they really are.

Lorien McKenna is a former Pixar Story Manager who worked on such features  as UP, BRAVE, INSIDE OUT, and THE GOOD DINOSAUR.

She is currently showrunning TAB TIME, a 1⁄2 hour YouTube series produced by Kids At Play. She also currently has an adult animated comedy in development with Viacom/Mindshow. She has sold projects to Hulu/Rideback and NBC/WBTV.

Lorien wrote HOW TO SET A FIRE AND WHY, based on the book of the same name by Jesse Ball, for Straight Up Films. Previously, she served as the Co-EP for Hulu’s CURIOUS GEORGE series, and has written and developed projects for Disney Jr., Funko, and Netflix, as well as served as a producer for Paramount Animation where she oversaw development for WONDER PARK.

Lorien started her career as a playwright in the Bay Area where she founded Guilty Theater, and taught playwriting, Shakespeare, and theater at St. Mary’s College of California where she received her BA in English/Performing Arts and an MFA in Playwriting.

Along with Meg LeFauve, Lorien co-hosts the podcast THE SCREENWRITING LIFE WITH MEG LEFAUVE AND LORIEN MCKENNA.