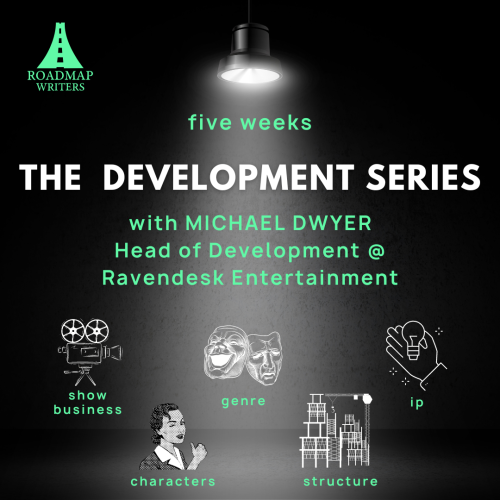 This five week lecture series is for anyone who wants to understand how to build and maintain a long lasting career in the industry. Host Michael Dwyer will cover everything from storytelling basics to coverage/development notes to reader expectations to marketing.

Each session is recorded, so you can watch the classes back if you can't make any live!

This 5 Week Lecture Series Will Cover:

Michael K. Dwyer is a Hawaiian, Chinese, and Irish Producer-and-Screenwriter with over a decade of film industry experience. A native of San Francisco, California, Michael graduated from USC’s School of Cinematic Arts on the Dean’s List as well as the literary honors program Thematic Option.

In 2012, Michael began working for former Columbia Pictures and Sony Chairman Mark Canton, who he assisted on seasons 2 through series finale of the hit show Power, as well as tentpole films like The Last Witch Hunter. Michael also worked briefly as an assistant at the film/music/tech crossover company MX Productions for Christina Aguilera and Matthew Rutler, who had a television deal at Lionsgate Television.

In 2019, Michael left Cinelou as Director of Development, and found a home as the Head of Screenplay and Business Development at Atlanta’s Blackhall Entertainment Ventures, and then at Los Angeles’s Ravendesk Entertainment.

Michael is currently Head of Development at Ravendesk, where he has set up trans-media Comic and Table-top RPG projects across the industry in television, feature, videogame, and podcast spaces. During Michael’s tenure at Ravendesk, he has overseen the company’s growth as it purchased 15+ comic and tabletop-RPG titles, set up an independent first-look development and production deal, as well as secured agency representation for the Company’s slate of IP. Now Ravendesk has a television project fully independently financed for production, and several IPs in deep development across all mediums.

As a screenwriter who operates in the sci-fi/fantasy sphere, Michael is an absolute joy to work with. He understands these genres inside and out, and because of that was able to find exactly where my TV pilot was coming up short. He continued to communicate with me regularly on my rewrite and not only greatly improve the main character thread of the story, but better tie it to the overall setting and mythos and leave me with a pilot that provided a far stronger read. If you like to write science fiction and fantasy stories with loads of myth and world-building, I highly recommend collaborating with him if you can.