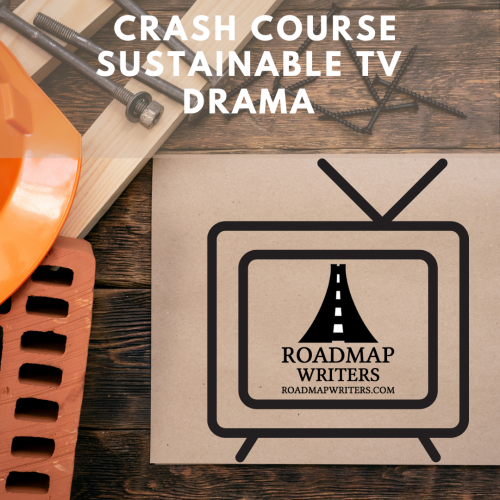 Who's heard this one after telling someone about your pilot: "Great idea, but I don't see where this goes from here"? We have, and we don't mind answering it. But wouldn't it be great if everyone you pitched your pilot to/read your script had no problem seeing where the story goes from the pilot? We know our pilot is the template as well as the foundation for many years of content. Making sure your pilot conveys that, though, is easier said than done.

To help us learn how to craft the killer pilot, Roadmap welcomes the impeccable Tyler Knell for this special two week clinic!

Week One - The Pilot and Building the Series

In this session, we will not only cover what a pilot script needs to succeed, but how the pilot sets up a long running series.

Each writer will get approximately 10 minutes of feedback from Tyler to help you make your opening pages pop!

TYLER KNELL is the Director of Development at Circle of Confusion Television Studios, a joint venture between Circle of Confusion and ITV Studios America. It was founded in 2017 with a focus on boundary-pushing, left-of-center, scripted cable and streaming programming. Prior to this, Tyler was the Cable & Streaming Development Coordinator at CBS Television Studios, where he worked on such shows as POWER (Starz), INCORPORATED (Syfy), and UNBELIEVABLE (Netflix). Born and raised in San Diego, CA with an appreciation for theatre and film, he followed that passion to pursue a film production degree at USC’s School of Cinematic Arts. There, among other accomplishments, he received a Coca-Cola Refreshing Filmmaker Grant and produced numerous award-winning short films. Tyler then became a TV Literary Agent Trainee at Paradigm Talent Agency before later transitioning into a career in scripted TV development. One could speculate that his penchant for championing underdogs, up-and-comers, and talented longshots throughout his television career may stem from years of rooting for his beloved San Diego Padres.