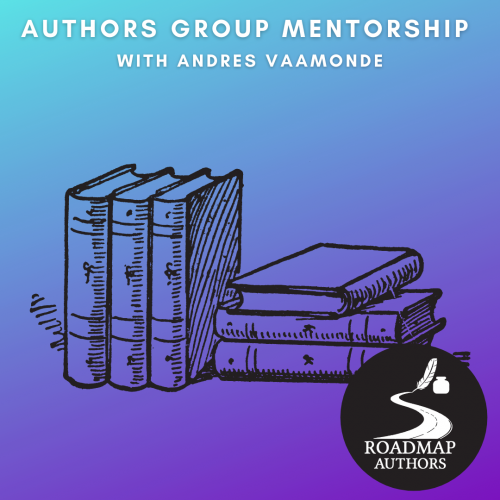 Limited to only 5 writers, in these special Group Mentorships you will hone in on your pages and polish your craft to really take your prose to the next level!

Week One - Your First 30 Pages Review

Your Instructor will give each writer roughly 20-25 minutes of feedback on the first 30 pages of your manuscript.

Your Instructor will give you roughly 20-25 minutes of feedback on your next 30 pages.

Your Instructor will give you roughly 20-25 minutes of feedback on your pages.

Your Instructor will give you roughly 20-25 minutes of feedback on your pages.

Andres Vaamonde is a writer and former literary book scout from New York City. He graduated from Cornell University with a BA in English, where he concentrated in Creative Writing and studied with authors like Ernesto Quiñonez, Stephanie Vaughn, and Helena María Viramontes. His own writing has appeared in Fortune Magazine, OZY, HASH Journal, and elsewhere. He was a Finalist for the Marianne Russo Award for Emerging Writers and will be the forthcoming Spring 2022 Philip Roth Resident in Creative Writing at Bucknell University. He most recently worked for Maria B. Campbell, the literary book scouting agency, as a Junior Scout for over two years. MBCA scouts trade books across genres and languages for 22 book publishing clients around the world, as well as for Netflix as their exclusive book scouts. He has scouted, read and reported on upwards of 500 manuscripts, nearly all of which have been published, many of which went on to become NYT bestsellers and translated across the world. Some have been acquired for adaptation into film and TV. His favorite scouted book thus far has been INTERIOR CHINATOWN by Charles Yu, which went on to win the National Book Award and is in development as a series with Hulu. Andres is also a TEFL-certified teacher with experience teaching creative writing to students of all ages.