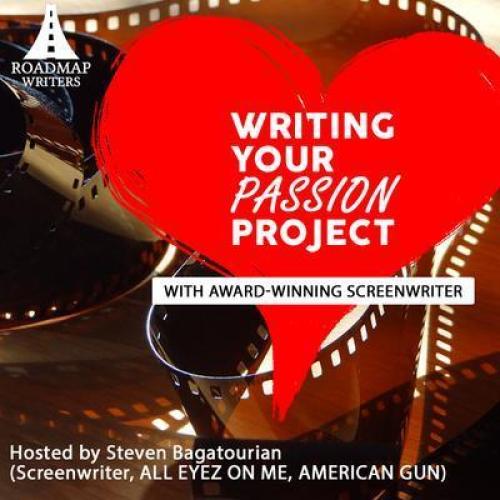 The most prudent thing a writer can do is write the stories they are most passionate to tell. Award-winning screenwriter Steven Bagatourian (ALL EYEZ ON ME, AMERICAN GUN) hosts a Webinar that will challenge conventional assumptions about what qualifies as a "commercial idea" for a movie or TV show. Drawing on nearly two decades of experience as a professional screenwriter, Steven will explain how writing stories that many said were "weird" or "impossible to sell" ended up building the foundation for his career.

At the age of 21, Steven Bagatourian's screenplay, WEASEL, won the Grand Prize in the international Cinestory Screenwriting Awards com­pe­tition. Since then, Steven has sold scripts to many companies, including Warner Bros, New Crime Productions, Mandalay Entertainment, Participant Media, Echo Lake Productions, and 20th Century Fox. AMERICAN GUN (2005), co-written by Steven, was released in theaters by IFC Films; it starred Forest Whitaker, Marcia Gay Harden, and Donald Sutherland; the film was nominated for three Independent Spirit Awards (Best Picture, Best Actor, Best Supporting Actress). Steven was the original writer for the Tupac biopic, ALL EYEZ ON ME, having written the first six drafts of the film for Morgan Creek Productions. He has also enjoyed a fruitful collaboration with Alcon Entertainment (THE BLINDSIDE, BLADERUNNER 2049), on multiple projects, the most recent being an upcoming biopic of legendary Harlem street basketball icon, Pee Wee Kirkland. Over the years, Steven has worked on a wide variety of film and theater projects with world class professionals, ranging from Denzel Washington to Dr. Dre. He lives in Los Angeles.