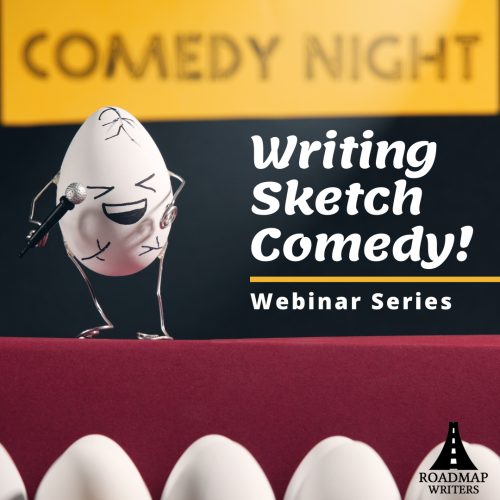 If you're a comedy writer, we'd bet you've thought about writing sketch comedy. Maybe you loved IN LIVING COLOR or THE CAROL BURNETT SHOW. Maybe you have fond memories of CHAPPELLE'S SHOW and never miss an episode of SATURDAY NIGHT LIVE. And you think: "man, I'd love to write a show like that."

We hear you, that's why we invited the talented and hilarious Marc Warzecha to the webinar stage to give us a lesson in sketch comedy!

Marc Warzecha is the Founder of The Sketch School and a WGA Associate Member, recent writing credits include: Comedy Central's DETROITERS, Disney Digital, Fullscreen Live’s INTOUR, the satire LOVE FACTUALLY at the Kennedy Center in Washington DC. With The Second City comedy theatre, he is an award winning multiple-time head writer/director. Select credits: AN EVENING WITH MARTIN SHORT (Second City Corporate - Tour), TWIST YOUR DICKENS (The Kirk Douglas Theatre, Los Angeles), WAR! NOW IN IT'S 4TH SMASH YEAR! (Second City Chicago Mainstage, Joseph Jefferson nominee: Best Director, Best Revue). Marc’s work as a satirist was recently recognized by The Washington Post, he has been a guest on CNN’s “Situation Room with Wolf Blitzer” and NPR’s “All Things Considered.” Internationally, Marc has been a guest lecturer for the Comedy Central network in Spain (Paramount Comedy), a guest director at Yoshimoto Comedy in Tokyo Japan, and guest director of comedic ensembles throughout Norway and Latvia as a representative of the United States Embassy. More on Marc: https://www.thesketchschool.com/about