Writing Scripts That Get You Noticed! 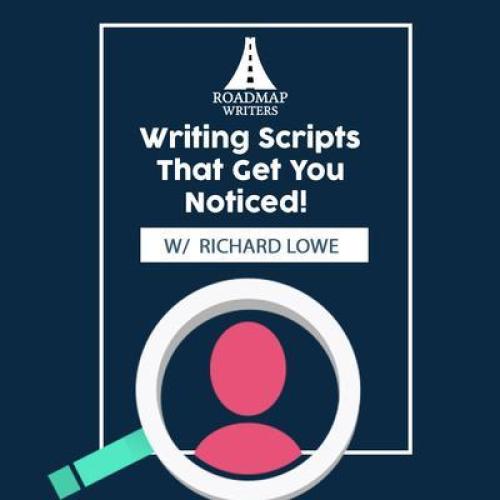 To break into the screenwriting business, the goal is to write a script that gets you noticed. As new, unestablished writers, you have to write something that is exciting and fresh and *pops!* No matter how good a writer you are, people won't read it if it's not intriguing.

Richard Lowe is one of our own success stories and here he tells about how his wildly high concept script got him noticed in the industry! He will discuss what inspired him to make his writing brave and bold after more traditional ideas were getting him nowhere. Richard will reveal the methods he used to harness his own life experiences and emotions and how you can apply them to characters and setting outside of your own reality.

Richard Lowe is a comedy writer whose most recent work includes GOD FRIENDED ME, KUNG FU and wrote the season one finale of DR. KEN for ABC. His original pilot, GROWING UP DICTATOR (a comedic look at the childhood of North Korean dictator Kim Jong-un), was a finalist at the 2016 Austin Film Festival and made the 2016 Staffing Survey, a list of the year's best TV staffing samples. His satirical pilot EDUCATION, SECONDARY was a semifinalist (top 10) at the 2013 Austin Film Festival. His spec of the show WORKAHOLICS was in the top 5% of the Warner Bros. Writer's Workshop. He has also written for the NBC Diversity Scene Showcase and ABC Talent Showcase. He studied improv and sketch with Upright Citizens Brigade, performed stand-up at the Hollywood Improv and shoots sketch comedy videos on his YouTube channel Aisle Five Comedy. Prior to becoming a writer, he was an editor and assistant editor, most recently working on the Emmy-winning drama THE GOOD WIFE and THE GOOD FIGHT.