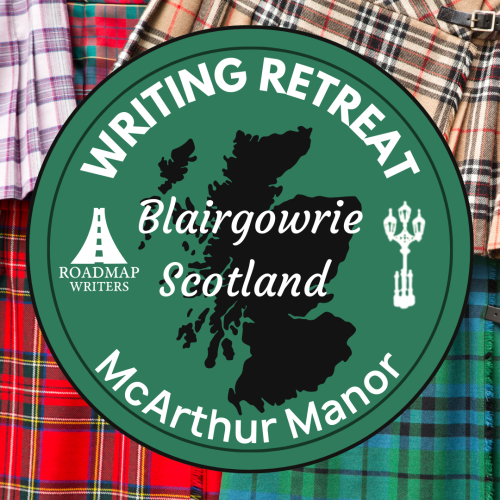 All options include 7 days / 6 nights: 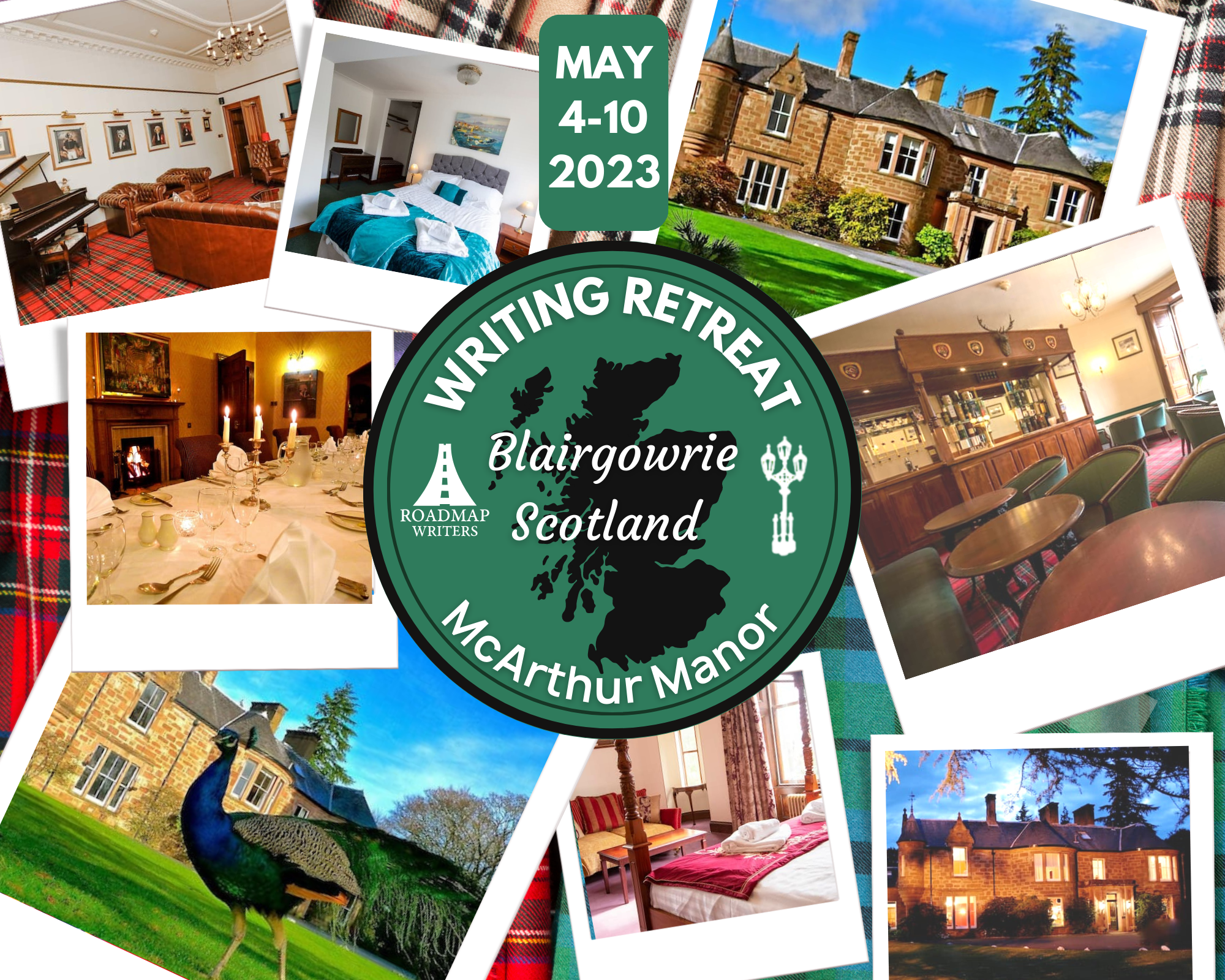 Dreaming of focused writing time surrounded by dedicated writers, industry pros, lawn bowling, pub quizzes, and fish & chips? Maybe even in a CASTLE?! Then you're in luck!

Roadmap Writers is crossing the pond to magical SCOTLAND for our 1st European Screenwriting Retreat.

Join Hollywood and International entertainment industry execs and our RoadCrew!

Story Development and Career Advice with:

PLUS, work on Craft & Marketing with the RoadCrew:

Screenwriters who are ready to put in some serious writing time while enjoying springtime in one of Europe's most historic destinations.

After getting settled in your well-appointed room, join our industry execs, the RoadCrew, and your fellow writers at a welcome cocktail party—including a Murder Mystery Game to break the ice and get us all acquainted!

Then get ready to dive into what promises to be a career-changing week! Each day starts with an optional meditative stretching session in the courtyard followed by a delicious continental breakfast. Quiet writing blocks, valuable breakout sessions with our team, table reads, and scheduled meetings will round out the rest of each day.

Don’t worry, there will be plenty of time to recharge and get inspired. Relax as our personal chef prepares daily meals and cocktails at our private historic manor that features a game room and traditional pub. Network and bond with fellow writers, explore the area, or join us on a private tour of historic Edinburgh Castle + Royal Botanic Gardens.

**Want to bring a non-writer guest? Add $1,000 for double occupancy in a Private Room.

Vaccines: All participants must show proof of full vaccination (including applicable boosters) against COVID-19 by 04/15/2023.

COVID Tests: Proof of a negative COVID test is required no more than 24 hours prior to arrival. You will also need to bring another rapid COVID test to take upon arrival and at other intervals throughout the retreat as needed.

Masks: All participants must wear an N-95 or KN95 face mask during ALL portions of travel from when you leave your house to when you arrive at the retreat manor. While we will not require face masks at the manor, face masks will be required in indoor settings outside of the manor. All offsite dining must be outdoors.

Roadmap Writers is a talent training and discovery platform for screenwriters ready for a guided path to success. Our programs are hosted by working industry executives and are designed to empower writers with actionable tools and insights to elevate your craft and cultivate relationships with industry professionals. Since 2016, we have helped hundreds of writers from all over the world sign to representation, staff on series, and option and produce their projects. Our writers have been staffed on BRIDGERTON, THE FLASH, CHICAGO PD, THE FIRST LADY, NIGHT COURT, THE GOOD DOCTOR, THE RESIDENT, REACHER, SUBJECT TO CHANGE, MAYANS and POKERFACE. Writers have sold, set up and been produced by Netflix, Amazon, Hulu, MGM, American High, New Republic Pictures, Maven Screen Media, Lifetime, Will Packer Studios and Roku.

As a producer and manager of actors, writers and directors, Nicholas Bogner has vast experience in all areas of television and features. He has been an executive for major feature companies (such as Cruise-Wagner and for actor/producer Michael Dougas) as well as a television network (TNT) and also has two produced credits as a screenwriter, The Little Death and No Strings Attached. He also produced Soccer Mom starring Emily Osment (The Kominsky Method, Hannah Montana) and Missi Pyle (Jumanji, The Artist, Gone Girl) for Starz and Anchor Bay. Most recently, he produced A Nice Girl Like You (based on a non-fiction book by Ayn Carrillo- Gailey) which stars Lucy Hale (Katy Keene, Fantasy Island, Pretty Little Liars) and Jackie Cruz (Orange Is The New Black).

Bogner runs the literary branch of the management/production company Affirmative Entertainment. Bogner has sold features and pilots and pitches to the major studies and networks. Most recently, several clients have had their films produced: Wedding Season on Netflix; the theatrical film Infinite Storm starring Naomi Watts and Billy Howle; and Refuge, which is currently in post and is directed by Renny Harlin. Additionally, Bogner is attached to several other projects, including James Ellroy’s book Clandestine.

Prior to producing and managing, Bogner served as vice president of original programming for Turner Network Television (TNT) for seven years. In this capacity, he was responsible for the development of all long form – including two-hour movies, backdoor pilots, and mini-series. Bogner worked on several high-profile projects including Steven Spielberg’s twelve-hour mini Into The West as well as Stephen King’s Salem’s Lot. Beyond these projects, Bogner shepherded over 15 movies into production.

Prior to assuming his position at TNT, Bogner spent four years at Cruise-Wagner Productions (Tom Cruise and Paul Wagner), where he spearheaded the acquisition of material, supervised writers and collaborated with directors and talent on such films as Mission Impossible: 2, Without Limits, Vanilla Sky, and The Others, which he’s credited with finding and supervising. Bogner began his career at the Agency for Performing Arts (APA).

Bogner was born in London, England and left to attend UCLA, where he graduated with a BA in English Literature. His mother is a television producer and manager credited with discovering the British model Jean Shrimpton while his father is the author of some fifteen novels, including the best seller and highly regarded mini-series Seventh Avenue. His stepmother was the late Bettye McCartt, who Juno Temple depicted in The Offer.

You may cancel for a full refund until 03/01/2023. Cancellations requested after this date will be contingent on finding a replacement to take your spot.

Roadmap reserves the right to cancel this retreat and refund your registration fee up to 14 days prior to the start of the retreat.