How She Did It: A Success Story Conversation w/ Amy Wang 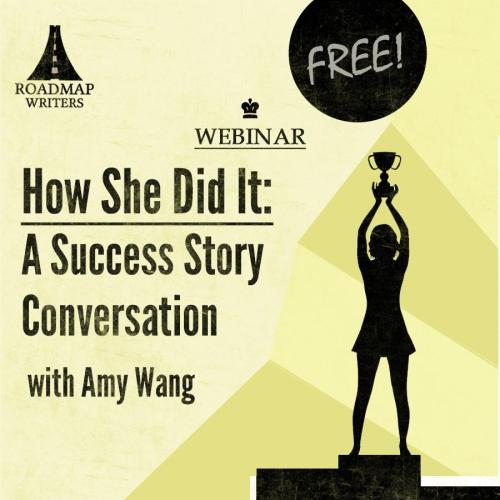 While it is true that there are as many paths to success as there are people, we can all learn something from how someone else did it. That’s why Roadmap is thrilled to have our brilliant alumna Amy Wang, who made both the prestigious 2018 Hit List & Black List, back to share her story!

Amy Wang is a Chinese-Australian filmmaker who grew up in the suburbs of Sydney, Australia. Her unique perspective often as an outsider fuels her passion for stories about social isolation and the human condition. In Sydney, Amy worked as a promos producer, where she directed shoots for X Factor Australia and worked on shows such as CRIMINAL MINDS, DOWNTON ABBEY, and HOW TO GET AWAY WITH MURDER. Amy is an AFI directing graduate and was selected to participate in the Ryan Murphy Half Program where she was mentored by Executive Producer/Director Bradley Buecker on AMERICAN HORROR STORY S6. She is one of 7 directors chosen for the Viacom Viewfinders program where she will shadow on a Paramount Network drama in 2019. Her thesis film UNNATURAL was nominated for the Grand Prix at the highly prestigious Clermont-Ferrand International Short Film Festival, won Gold at the Young Director Award at Cannes Lions 2018 and the Grand Jury Prize at Stony Brook Film Festival. Her screenplays have won Bluecat Screenplay Competition and been finalists at Austin Film Festival, Shore Film Fund, Scriptapalooza, Screencraft, Final Draft Big Break and New Orleans Film Festival. Amy was featured on the Tracking Board "Young and Hungry" list in 2018 and her latest screenplay – WENDI  has also been featured on "The Hit List" and "The Black List". She directed a television show for Blumhouse on Facebook Watch in early 2019.