How She Did It: A Success Story Conversation with Nicola Pittam 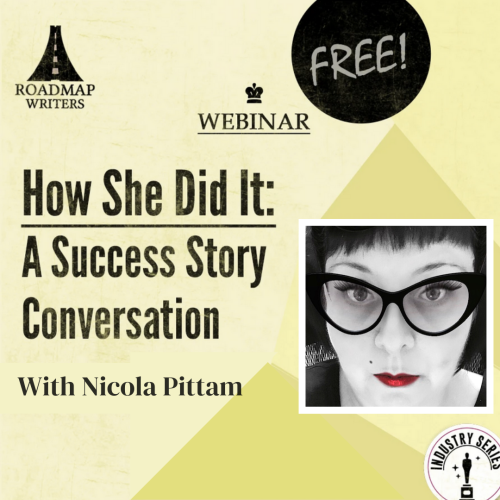 While it is true that there are as many paths to success as there are people, we can all learn something from how someone else did it. That’s why Roadmap is thrilled to have our lovely Top Tier alumna Nicola Pittam back to share her story!

Her latest feature script, ODE TO JOY, was the winner of the Write Like A Girl script contest, placed in the Top Ten of Roadmap Writer's Top Tier contest, and was a semi-finalist at the Los Angeles International Screenplay Awards 2019. Nicola also won Roadmap’s Elevator Pitch Contest with her pitch for OTJ. Nicola has won several awards for her journalism in the British publication, The Sun, as well the News of the World and Daily Mirror, along with several other UK women’s magazines.