How She Did It: A Success Story Conversation with Amena Kheshtchin-Kamel 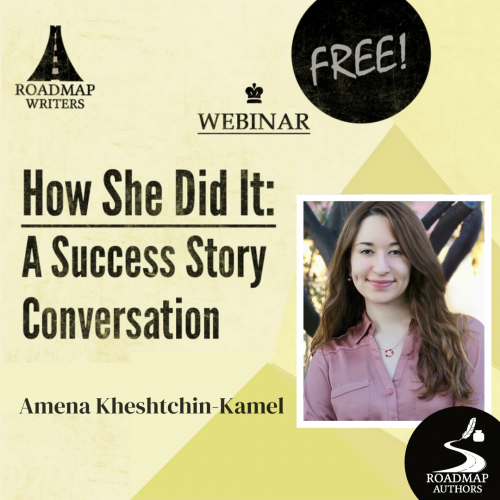 Let’s face it. There are a million different paths to success. That’s true to some degree for most industries, but even more so for writing. We get it, and so we understand why it’s important to hear from people who have achieved what you want to achieve. Learn what their obstacles were, how they overcame them, and take what you can from those lessons to apply to your own life.

While it is true that there are as many paths to success as there are people, we can all learn something from how someone else did it. That’s why Roadmap is thrilled to have our lovely alumna Amena Kheshtchin-Kamel back to share her story!

Amena Kheshtchin-Kamel is a writer-producer repped at Gotham Group and The Seymour Agency. She holds a Juris Doctorate from ASU Law, receiving a certificate in IP Law studies. Amena has a debut memoir TBA, a feature she successfully shopped to a production company in her debut as producer, and TV/Comics projects in early development. She is also podcaster, producer, and co-founder of ASU Law legal podcast MEASURED JUSTICE, for which she received a Forbes 30 Under 30 nomination from her team at ASU Law School.