How She Did It: A Conversation w/ Francesca Varisco 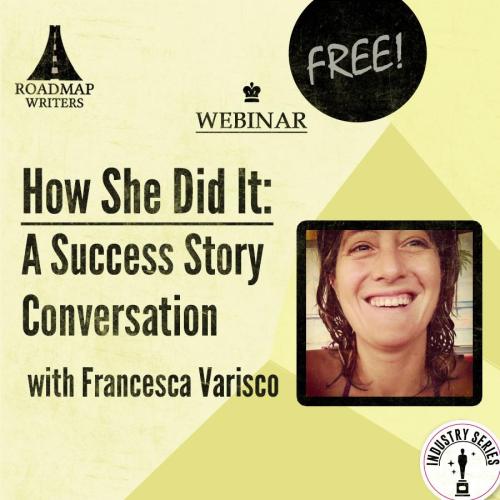 While it is true that there are as many paths to success as there are people, we can all learn something from how someone else did it. That’s why Roadmap is thrilled to have our lovely alumna Francesca Varisco back to share her story!

A native of Italy, born and raised close to Lake Como, Francesca Varisco is a curious person with a passion for people and their stories. She has lived and worked in a few countries before landing in Calgary, Canada, where she is currently based. Francesca worked in corporate comms until 2012, when she relocated to New Zealand and quit corporate. Since then, she started to put more energy into her creative side: she managed the publication of a book from an Italian blog, published a photo-reportage on Witness Journal, and went back to writing. Francesca wrote a few scripts which placed in some international contests, and started working with Federico Bonetti Amendola, a talented Italian composer of classical music, writing texts and librettos for his theatrical pieces. "Alla ricerca di Dante" (2016), a major work portraying Dante Alighieri on his last night, performed in several venues, including an adaptation for ChaShaMa Gala night in NY ("Seeking Dante", 2017). Their latest work, a bitter-sweet short story on a Jewish professor, was performed for the Holocaust Memorial Day with several replicas ("Il cafè della memoria", 2018, 2019).
Besides writing, Francesca enjoys directing actors on a theatre stage and being on set: two shorts she wrote are currently in pre-production in Calgary. Her stories explore topics that resonate with my interests and universal themes such as looking for the truth. coming of age, aging, romance. Recently, Francesca signed with manager Dan Seco at Schemers Entertainment.