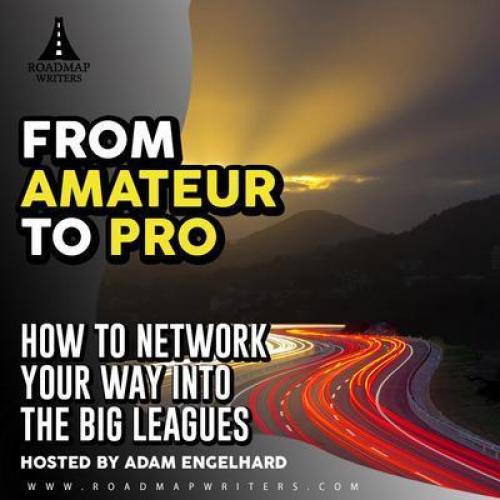 Writing can be lonely but being a writer in Hollywood is very social. Being a new writer especially can be tough. You have great concepts and maybe even a great script; but without an agent or a manager or a track record, how do you make any headway in this industry? The saying is old but the message holds true. It's all about who you know and what you know.

Adam Engelhard is here to cover how to get your career started and the benefits of networking and collaborating with others that will ultimately turn you into a working writer. Whether you live in the heart of the action or on the outer reaches, there are storytellers and creatives everywhere that you can connect with. Are you up for the challenge?

Adam Harris Engelhard: is a manager/producer based out of Los Angeles, CA. Starting his career at ICM Partners in the Motion Picture Talent department, he worked with the likes of Michael Cera, Regina Hall, James Spader, and Walton Goggins. After ICM, Adam went on to work for Academy Award winning Producer Dan Jinks. In 2016, he founded the management/production company Mailroom and has since packaged and arranged deals with the likes of Eli Roth & Jason Blum's CryptTV, Adaptive Studios, Black Pills, NoLabel, Cavalry Media, The WWE, Disney, CBS Studios, Emmett/Furla Films, Netflix and more. In 2019 he started working with the city of Columbus, GA helping them realize their goal of creating a new production hub in GA. Since activating the cities' film fund in April 2019, Columbus has been able to bring in 2 productions totaling over $10M in combined budgets. The city was on track to bring in 5 productions in 2020 with budgets totaling over 30M before Covid-19.