How It Happens: Animated TV 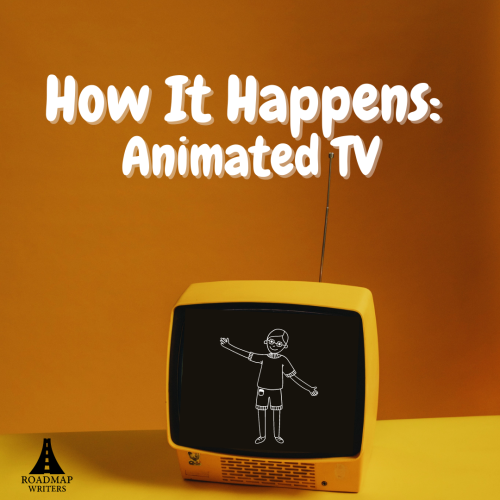 Webinars are conducted via video conferencing software ZOOM. You will receive a link to the recording of the Webinar via email within 24 hrs. following the live session.

Ah, animation. Every time we check in on it, the medium seems to have jumped forward in both technology and what stories are being told. The limitless creativity an animated project can offer is incredibly enticing, but very few of us who love animated TV actually know how the sausage gets made. How big are the writers' rooms? Are the writers involved in the actual animation? How does recording work?

If you've asked yourself these questions, then this is the webinar for you!

NYU and Chapman alum Aaron Jacob currently works as a Production Supervisor at Marvel Studios. Prior to this, Aaron was the Script and Post-Production Supervisor at Bento Box Entertainment where he oversees several of their animation shows including PARADISE PD, DUNCANVILLE, HOOPS, and an upcoming project for Netflix/Apple TV. Prior to that, Aaron worked in creative development at Original Force 3D Animation, an international company that recently opened an LA location and forged partnerships with the production veteran masterminds behind SHREK and CLOUDY WITH A CHANCE OF MEATBALLS. Aaron has written and directed several successful short films including the proof-of-concept short film KNIGHT WATCH starring Carolina Ravassa (OVERWATCH, HISPANGLOSAXON) and RILEY starring Bex Taylor-Klaus and Vincent Martella (PHINEAS AND FERB, THE WALKING DEAD, EVERYBODY HATES CHRIS). Recently, he optioned a war fantasy feature screenplay and is currently developing several other features and TV projects in both live-action and animation. Additionally, Aaron co-created, writes for, and composes the music for THE LUCID PODCAST, a new horror anthology series, now available to stream.

Immediately after registering, you will receive an Order Confirmation email that serves as the receipt for your registration. In the Order Summary section of this email, you will find the "JOIN LINK" to join the Live Webinar. Webinars are conducted via video conferencing software ZOOM. You will receive a link to the recording of the Webinar via email within 24 hrs. following the live session.

Can't Attend Live? Can't make the live session but still have a question you want to be answered during the Q&A portion? Email it to alex@roadmapwriters.com and submitted questions will be provided to the moderator to address during the Q&A.