How He Did It: A Success Story Conversation w/ Andy Froemke 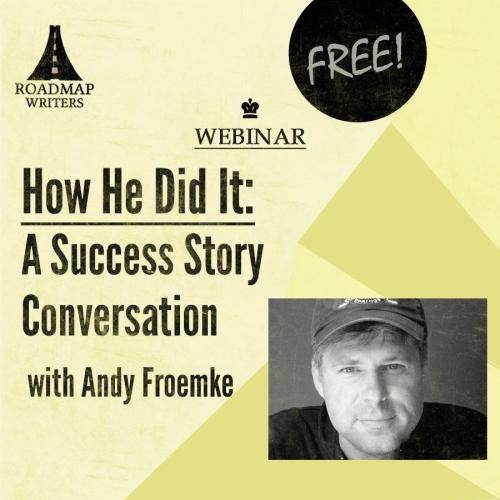 While it is true that there are as many paths to success as there are people, we can all learn something from how someone else did it.

This month we welcome Roadmap Top Tier Program Alumn Andy Froemke to share his story from Fade In: to seeing his script optioned by Amazon Studios!

Andy Froemke began his storytelling career when he waded into the rivers of Montana with Robert Redford, co-producing/co-directing SHADOWCASTING: THE MAKING OF A RIVER RUNS THROUGH IT. The documentary aired on PBS and French cable, garnered a Regional Emmy nomination, and won a Gold Hugo at the Chicago Film Festival. Mr. Froemke made his feature film directorial debut with the psychological thriller PARASITE. Shot in 13 days in the Arizona desert for $40k, the film would eventually sell to both Asian/North American markets. Moving to Minnesota, he turned from production to screenwriting. In 2014, he provided scripted material for the ABC series IN AN INSTANT and optioned a psychological thriller to Movierockets Entertainment. In 2016, he won the IFP MN/Knight Foundation Screenwriting Residency with his historical biopic, THE LOWRIE GANG, and made the Pitch Finale at the Austin Film Festival. In 2018, another historical biopic, STEAL AWAY, was optioned by Amazon Studios. Andy is repped by Le'Ander Nicholson from Believeland Management.