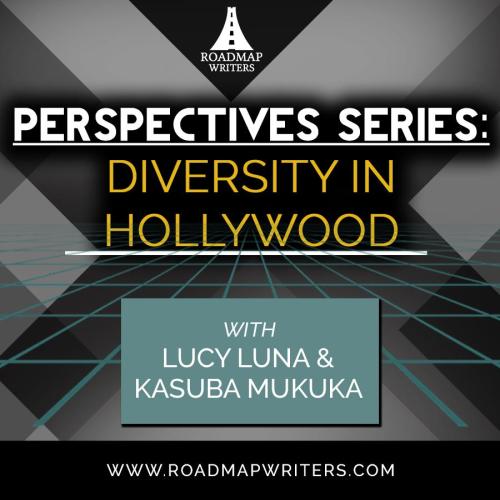 Roadmap Writers is thrilled to bring together two amazing people working in the industry right now to talk about everything diversity! We’ll cover topics from writing diverse characters and diverse perspectives to why it’s important to have inclusivity behind the camera as well as in front of it.

This is a panel you don’t want to miss!

Kasuba Mukuka is a junior executive at Lifetime Network where she sees projects through from development to air date. She is a graduate of the University of Southern California's Peter Stark Producing Program and attained a Master of Fine Arts in Producing for Film, TV, and New Media. Prior to moving to LA, Kasuba freelanced in New York producing short films and independent movies.  Kasuba is passionate about women working in film and TV, telling women's stories, diversity, and equal representation behind and in front of the camera. Currently her own feature film is being produced by Loretha Jones (THE FIGHTING TEMPTATIONS), an acclaimed producer who was formerly Head of the BET Network.

Lucy Luna has been writing since she was a child, and after moving to LA has written many works including  her drama feature SOPHIE & VALENTINA. SOPHIE & VALENTINA was named a finalist in the 2017 Page Awards. The Roadmap Team fell in love with the script and connected Lucy with Sonia who recently joined former Luber Roklin Head of Literary Management Bryan Brucks’ newly formed management and production company. Gambaro previously ran her own management shingle Pollinate Entertainment bringing with her a well-rounded grasp of the industry having previously worked at Madhouse, Televisa USA, and Paradigm.