A Discussion with Writer/Producer Andrew Cosby 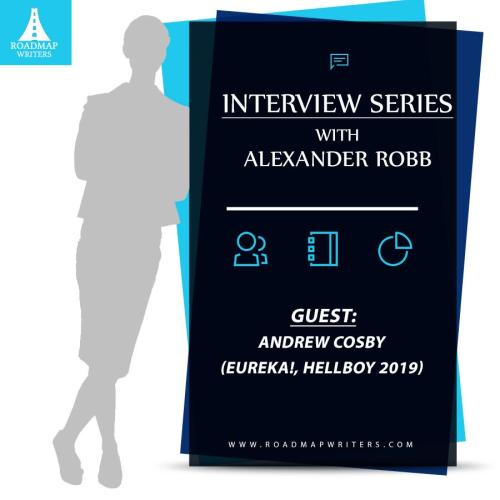 When you’re on the outside and looking in on the film industry, the mountain can seem impossible to climb. First, there’s the creative process (your voice, style, brand, etc.) and then there’s the business side of things (how do you get your work out there).

It’s a lot to wrap your head around, and, if you’re anything like us, you wonder how someone managed to navigate this path before. And you wonder what you could learn from the people who have succeeded.

A prolific screenwriter, producer and comic book creator, Andrew Cosby’s career was jump-started in 2001 with his first television series, HAUNTED. This was soon followed by Syfy’s EUREKA which ended its five-year run with a record-breaking season in 2012. In 2005, Cosby created his first comic book, Damn Nation, which was immediately set up at Paramount Pictures with Cosby attached to write and produce. Since then, he’s been involved in numerous other feature film projects and even founded the award-winning BOOM! Studios, which has since gone on to become the sixth largest comic book publisher, producing Universal Pictures’ 2 GUNS based on their graphic novel. Currently, Cosby is launching a number of new series and film projects, including an animated series for Netflix and the much-anticipated 2019 reboot of the HELLBOY film franchise. He also sits on the board of the world's first fan-owned entertainment company, Legion M, and serves as Head of Creative for a major motion picture production, distribution, and acquisition fund. Andrew was recently announced as screenwriter for Legion M's upcoming steampunk TV series EVERMOR.