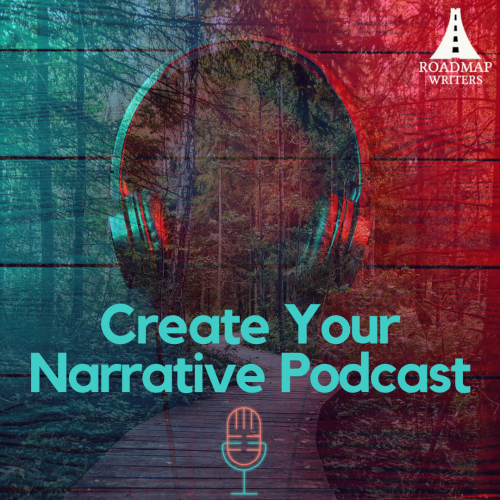 Who hasn't been listening to their favorite podcasts on repeat? We can't get enough of them, and narrative podcasts in particular have exploded recently. Homecoming, anyone? Turns out, there's a whole host of benefits to making an audio drama: the barrier to entry is low, you get to be the one in control of the storytelling, and it's a great way to showcase your work and get your voice out there!

But how do you transition from a visual medium to an audio one? What are the key things you as the creator need to be thinking about before diving in?

To answer all this and more, Roadmap welcomes back the impeccable Aaron Daniel Jacob to give his expertise!

More about
Aaron Jacob
Script Coordinator
Bento Box Entertainment
NYU and Chapman alum Aaron Jacob currently works as the Script and Post-Production Supervisor at Bento Box Entertainment where he oversees several of their animation shows including PARADISE PD, DUNCANVILLE, HOOPS, and an upcoming project for Netflix/Apple TV. Prior to that, Aaron worked in creative development at Original Force 3D Animation, an international company that recently opened an LA location and forged partnerships with the production veteran masterminds behind SHREK and CLOUDY WITH A CHANCE OF MEATBALLS. Aaron has written and directed several successful short films including the proof-of-concept short film KNIGHT WATCH starring Carolina Ravassa (OVERWATCH, HISPANGLOSAXON) and RILEY starring Bex Taylor-Klaus and Vincent Martella (PHINEAS AND FERB, THE WALKING DEAD, EVERYBODY HATES CHRIS). Recently, he optioned a war fantasy feature screenplay and is currently developing several other features and TV projects in both live-action and animation. Additionally, Aaron co-created, writes for, and composes the music for THE LUCID PODCAST, a new horror anthology series, now available to stream.
How it Works