Building Your Brand on Social Media 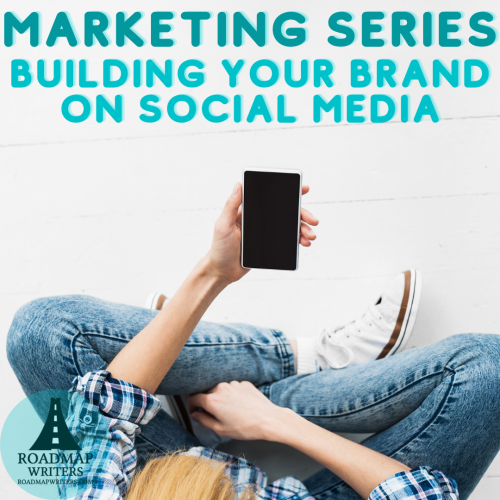 We're willing to bet that you, the person reading this, has some degree of social media presence. Whether you post regularly or just use the apps to keep up with your nieces and nephews across the country, did you know that you can use your social media to further your writing career?

To break it all down for us, Roadmap welcomes Catherine Clinch to the webinar stage!

Catherine is a writer/producer with more than thirty years of experience in the entertainment and media industry.

In the early years of her career, Catherine wrote 18 episodes of network television for hit series including Hunter, Jake & The Fatman, KnightRider, Hart to Hart, The Love Boat, True Confessions, Foul Play and Rescue Bots. It is interesting to note that nine (9) first drafts were “greenlit” straight into production without rewrite. She wrote and developed numerous (unproduced) television movies with Gross-Weston Productions and ABC Television. She was elected to and served a two-year term on the Board of Directors of the Writers Guild of America, west.

After making the decision to be a stay-at-home mom (SAHM), Catherine undertook a series of part-time positions that enabled her to work on flex time, based on the school schedules of her three sons. She wrote a few articles for Creative Screenwriting Magazine and worked her way up through the ranks of columnist to contributing editor and was ultimately named associate publisher of the magazine and associate coordinator of the Screenwriting Expo. The magazine was dubbed "Best Screenwriting Magazine" by the Los Angeles Times. Her relationship with the magazine lasted for 12 of the first 13 years of its publication.

During that same period of time, Catherine became an Adjunct Professor and taught accredited courses in screenwriting, media theory, mass communications and advanced video production at Loyola Marymount University and California State University Dominguez Hills. She designed and taught the innovative Entertain(dot)ment – the first university-accredited course in writing and producing live interactive broadcast for the Internet. In that course, she supervised the first LIVE interactive student production with real-time participants throughout the United States and Indonesia.

Through the Department of Mediated Instruction and Distance Learning at CSUDH, Catherine wrote, produced and presented more than 2250hours of LIVE educational television that was broadcast throughout the greater Los Angeles area on the University-affiliated channel. She authored a primer for PBS Learning Satellite Service to explain the distance learning process from a course-creator’s point of view. As a result of that primer, she has been quoted and referenced in two doctoral dissertations.

Catherine attended the University of South Florida where she earned a B.A. in Theatre/Film (completed at the age of 19). As the recipient of a teaching fellowship, she earned an M.A. in Speech Communication (completed at age 21). She pursued post-graduate studies in Film at Columbia University and was accepted into the highly-coveted Director’s Guild Training Program.

Catherine has blogged for The Huffington Post and written articles for various media outlets. She creates high-quality entertainment product that is family-friendly, Christian-friendly, and suitable for the global market. In recent years, she has ventured into the field of technology, where she has won prizes at five (5) Hackathons. She is most proud of the fact that she was awarded three US Patents (full utility) for inventing a revolutionary new form of mobile entertainment.