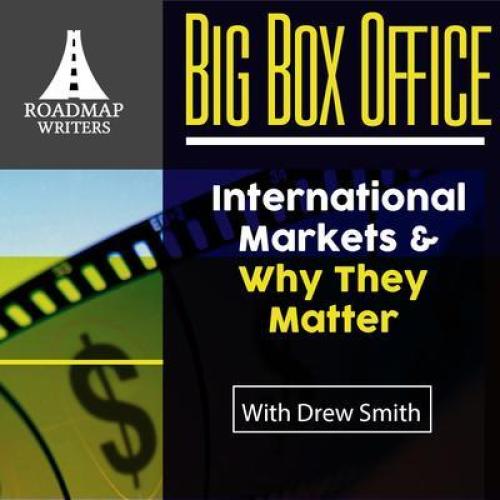 There’s an old saying in screenwriting: keep your audience in mind when writing.

Most writers think this refers to age or gender, but writers should also consider that there are two major markets out there: Domestic and International. If you write movies that will be made in Hollywood, why does it matter how well it might possibly do in China or Spain? Drew Smith is here to answer that question.

Drew will break down what exactly international markets are (Cannes, Berlin, Toronto) and why certain films that do well domestically tank internationally, and vice versa. Drew will discuss what “high-concept” means and why these projects tend to be the ones that do well internationally. Smaller films sometimes don’t translate as well due to culture, comedy, sex, drugs, etc... It’s also worth noting that censorship is different in other countries than it is here and writers should be aware of elements of their projects that would be unworkable in those climates.

Drew will also explore how the idea of "high-concept" has changed as well as how the star system in Hollywood has affected whether movie stars matter more domestically or internationally. He will use real-world examples and examine box office receipts internationally and domestically for some recent big movies to illustrate the state of the industry.

Drew Smith is the creative executive at Unique Features founded by Bob Shaye and Michael Lynne, who have produced dozens of high profile films including: A NIGHTMARE ON ELM STREET films, THE LORD OF THE RINGS Trilogy and the AUSTIN POWERS films. At Unique, Drew is responsible for bringing in project ideas, exposing the company to new talent, and providing insight on current projects to better reach a worldwide audience. Prior to joining Unique, he was the manager of acquisitions at The Steel Company and brokered deals on behalf of some of the biggest international distributors at film markets including Cannes, Berlin, and Toronto.