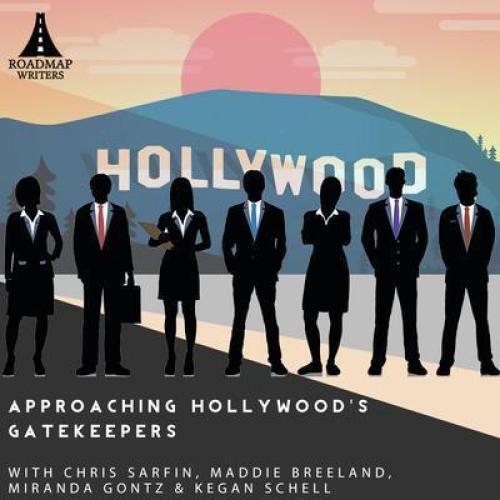 Ever wonder what happens when you submit a script to a production company, manager or network? If your script gets read, well, chances are the first people to read your script aren’t VP’s or senior executives. To get to them, you have to go through the gatekeepers first.

But who are these gatekeepers? How do the gatekeepers evaluate what material they recommend to their boss? And can you establish a relationship with them without coming across as crazy or stalker-ish?

Well, don’t sweat it! Because Roadmap has assembled a panel of four gatekeepers to answer all these questions!

In this 90-Minute Webinar, the panelists will discuss:

Maddie Breeland - First Assistant to the Head of Disney

Miranda Gontz - Executive Assistant to the Head of ABC Studios

Miranda Gontz is an LA native who grew up on sound stages and in editing bays. An alumna of a women's college with a film studies and philosophy degree, she loves pursuing projects that touch on greater conversations about humanity and "the human element." She currently works for Insurrection Media, developing series for digital and streaming platforms in a variety of genres, including Snapchat's first successful scripted series, DEAD GIRL'S DETECTIVE AGENCY, which garnered 14 million unique viewers in its first season. She previously worked for Covert Media and for ABC Studios for the president and the SVP of drama development.

A graduate of Boston’s Emerson College with a degree in producing for film and TV, Maddie Breeland recently joined Dean DeBlois’ (HOW TO TRAIN YOUR DRAGON) Anvil Pictures, as Director of Development. Maddie began her career as a development assistant at Fox 2000 Pictures (THE HATE U GIVE; HIDDEN FIGURES; LOVE, SIMON) before working for Sean Bailey, President of Walt Disney live-action features, and eventually being promoted to development coordinator at Walt Disney Pictures (BEAUTY AND THE BEAST; ALADDIN; MULAN). At Anvil, Maddie will develop and produce live-action and hybrid content as part of their deal with Universal (JURASSIC WORLD; THE SECRET LIFE OF PETS; FURIOUS 7), including upcoming projects, TREASURE ISLAND and MICRONAUTS. She’s a fan of all genres but personally loves action, adventure, sci-fi/fantasy, thrillers, and true-crime documentaries. Maddie is a huge advocate for diversity and inclusion and aims to make content that promotes underrepresented groups.

New York native and Hofstra graduate Chris Sarfin has worked for various companies including Paramount Pictures, Lionsgate and now Zadan/Meron Productions, which has produced numerous award-winning musicals, including the Emmy-winning ""Jesus Christ Superstar Live in Concert!"" The company produces feature films, TV shows, TV movies, live shows and awards shows. Sarfin is also in the process of producing his own feature films independently. He likes projects that have a strong, positive theme.

Graduating from Chapman University in 2015, Kyle started his career in the mailroom at Paradigm Talent Agency. He quickly moved up to work for CEO Sam Gores and eventually landed on the desk of senior talent agent Iris Grossman. Kyle then moved over to Echo Lake Entertainment, working for managers Brittany Kahan and Graciella Sanchez. He currently works in the company's production department under Doug Mankoff and Andrew Spaulding.