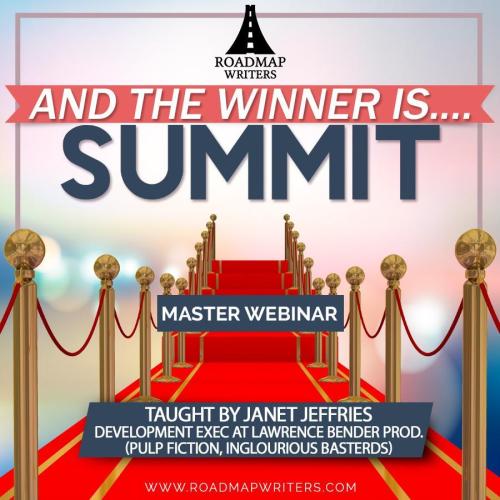 One producer that has continuously created some of the most memorable films in modern cinema is Lawrence Bender. Nominated for 3 Oscars, Mr. Bender's credits include GOOD WILL HUNTING, PULP FICTION, INGLOURIOUS BASTERDS, RESERVOIR DOGS, KILL BILL, JACKIE BROWN, AN INCONVENIENT TRUTH, and HACKSAW RIDGE.

Janet Jeffries has been an executive for Lawrence Bender Productions for 12+ years and this webinar will cover how to optimally write and pitch drama and action scripts!

This 90 Minute Master Webinar Will Cover:

Janet Jeffries is a Development and Production Executive working with several independent financiers and sales companies in both features and television for Lawrence Bender Productions (GRETA; HACKSAW RIDGE; Martin Scorsese’s SILENCE; GOOD WILL HUNTING; AN INCONVENIENT TRUTH; PULP FICTION; INGLOURIOUS BASTERDS) / Bender Brown TV Productions (Netflix’s SEVEN SECONDS; Starz’s FLESH AND BONE; CW’s ROSWELL, NEW MEXICO). Recent credits include CAPONE starring Tom Hardy, the animated short COPS AND ROBBERS streaming on Netflix, and Netflix original feature THE HARDER THEY FALL directed by Jeymes Samuel and starring Idris Elba. For the past eight years, Janet has also had the pleasure of being an adjunct professor for the MFA in Screenwriting program at National University.