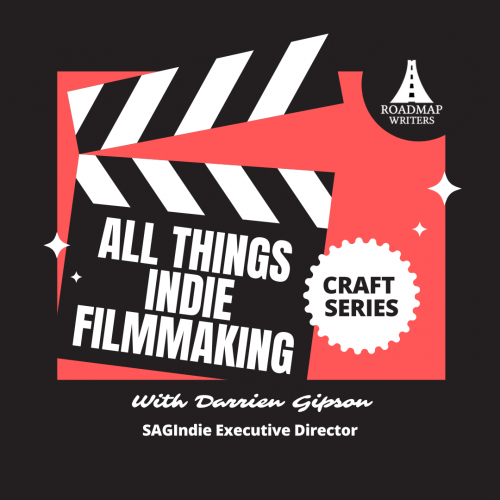 If you've been writing low-budget features for a little while, you've probably thought about producing one yourself. But if you've never produced a film, it's hard to know what you need to be ready for: what are the obstacles most first time producers face, how can you find good talent on a lower budget, and how do you navigate the festivals once your film is done?

Join us for this special webinar event as SAGIndie Executive Director Darrien Gipson answers all this and more!

This 60-Minute Panel Will Cover:

Darrien Michele Gipson is the Executive Director of SAGindie. An M.F.A. recipient from the Peter Stark Producers Program at the University of Southern California, Darrien was formerly the Vice President of Production for DEF Pictures. As Executive Director of SAGindie, Darrien leads a team that is responsible for independent filmmaker outreach and specializes in teaching low budget production focusing on the process for hiring professional actors via SAG-AFTRA’s low budget contracts. She is a frequent moderator and speaker on panels and production workshops, negotiates sponsorship agreements with film festivals around the country, spearheads SAGindie’s annual national advertising campaigns, oversees SAGindie.org, and throws several epic filmmaker parties. Darrien has traveled to over 55 film festivals in more than 25 states and 5 countries to consult with independent filmmakers. Yes, she has a lot of frequent flyer miles. No, she isn’t sharing them.

Darrien’s (new) favorite book about moviemaking is As You Wish: Inconceivable Takes from the Making of THE PRINCESS BRIDE by Cary Elwes. It includes amazing behind-the-scenes information about the best movie ever made (she will fight you on that). Darrien especially loves how Elwes has different cast members write their own memories throughout the book. It might be lighthearted and irreverent, but it is done with sincerity and just made her happy. Just like maewidge, it bwings us togetheh.