At Roadmap Writers, we’re always thrilled to share when one of our 300+ writer clients signs with literary and talent agencies. Now we get to celebrate another incredible milestone—when one of our author clients sells a book!

We introduced author Dr. Stacey L. Simmons to Mark Gottlieb, VP and literary agent at Trident Media Group, who recently went on to sell her book, Crowned: Poison Apples, Glass Slippers And The Quest For Women’s Sovereignty, to Hay House Publishing. She runs the website WitchDaily.com,  and is popular on social media as the creator of Your Witch Mom (@witchdaily), with 300,000 TikTok followers and 3.8 million likes.

It's so exciting to help talented writers actually get their scripts or books sold. Stacey worked extremely hard for this moment, and we are over the moon for her!

Crowned is for readers of Glennon Doyle’s Untamed and Brené Brown’s Atlas of the Heart and explores how pop culture and storytelling shape women’s lives, and how they can overcome those structures and go on to rule their own domains.

The Story Behind Crowned:
According to Dr. Simmons, women face a struggle as they navigate from girlhood to womanhood. When women are small, they are given an unwritten set of instructions. They receive a version of the rules that tells them how to get by in a world that values women in only one dimension.

Dr. Stacey Simmons engaged in research that uncovered an analog to Joseph Campbell’s The Hero’s Journey, but it is decisively not a heroine’s journey. The ancient structure has been hiding in plain sight for thousands of years, yet it has not been codified until now. She termed this structure “The Queen’s Path.” 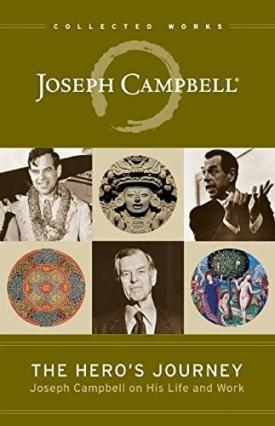 But she didn’t invent it—she discovered it by examining contemporary stories about women in fairy tales, novels, movies, television, musicals, books, history, the lives of patients, and like Campbell—myths and stories about women. It shows up in everything from the first story poem, The Descent of Innana, and The Bible, through every form of narrative, down to the present, including FROZEN, the 2016 American presidential election, and GAME OF THRONES: HOUSE OF THE DRAGON. In all these narratives, a woman seeks to define her own being. Only once she realizes she no longer must submit to external expectations can she truly own herself.

Crowned serves as the rare combination of acting as both a guidebook and a story map to help women who strive to understand the archetypal structures they face in their lives every day. She explores the ways women are made to turn against themselves at a young age. It shows women how to turn obstacles around and use them as a map to integrity, authenticity, and sovereignty. It also helps anyone make sense of the world of women while working in narrative structures, including psychotherapy, novels, and storytelling.

What people are saying about Crowned:

“I’m blown away by the ambition and the scale…not to mention the sheer depth...huge and the world needs it.”
—Steven Pressfield, author of The Legend of Bagger Vance

“I've been banging on for so long about us needing to find new modes of telling women's stories,
I’m excited to share with other women this possibility…Crowned is revolutionary.”
—Naomi McDougal Jones, TED speaker & author of The Wrong Kind of Woman: Dismantling the Gods of Hollywood 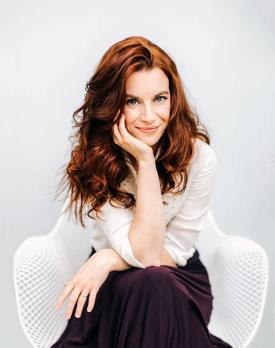 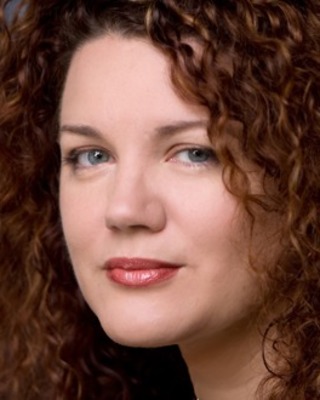 Dr. Stacey Simmons, PhD, LMFT, has held leadership positions in global companies, universities, and entertainment studios. She also led a movement in women’s liberation theology through her work as a Wiccan priestess. She co-founded a Wiccan Church in New Orleans, and today runs the website WitchDaily.com, and has a TikTok following of 300K with 3.8M likes as Your Witch Mom @WITCHDAILY on TikTok. As a speaker in high demand, she has given talks at Story Expo, the Greater Los Angeles Writer’s Conference, The Association for Women in Psychology, and the Fates & Graces Annual Mythology Conference. Dr. Stacey Simmons has also given talks to many women’s groups and writer’s groups in the US and in the UK, introducing The Queen’s Path as a literary device and a tool for women’s self-exploration and liberation. Featured in Psychology Today, she holds a PhD in social psychology from the University of New Orleans where she studied modern day witch hunts. She also holds a master’s degree in Depth Psychology from Pacifica Graduate Institute. A difficult, painful, and ultimately liberating, two-year period of intense psychoanalysis led Stacey to leave her career in animation and become a psychotherapist. Through her research, she uncovered a pattern she named “The Queen’s Path” that has been hidden in narratives about women since the beginning of storytelling thousands of years ago. All women walk this path on their way to liberating themselves…whether they know it or not. Currently, she is completing her certificate in Psychedelic Assisted Psychotherapy. Psychedelic Assisted Psychotherapy is a revolutionary holistic approach to healing trauma and mental health challenges.

About Mark Gottlieb, VP and Literary Agent at Trident Media Group (TMG):
Mark Gottlieb is a highly ranked literary agent, both in overall deals and other individual categories. Using that same initiative and insight for identifying talented writers, he is actively building his client list of authors. Mark Gottlieb is excited to work directly with authors, helping to manage and grow their careers with all of the unique resources that are available at book publishing’s leading literary agency, Trident Media Group. Through his work at Trident Media Group, Mark Gottlieb continues to represent numerous New York Times bestselling authors, as well as major award-winning authors, and has optioned and sold books to film and TV production companies. He previously ran the agency’s audiobook department, in addition to working in foreign rights. In his free time, Mark Gottlieb tutors free English language classes to adults from low-income immigrant families, via the Literacy Volunteers program at Family Centers, a nonprofit organization offering education, health and human services. He is also the Founder and President of the Stamford Literature, Arts & Culture Salon (SLACS). Mark Gottlieb is actively seeking submissions in all categories and genres and looks forward to bringing new and established authors to the curious minds of their future readers.

About Trident Media Group (TMG):
Trident Media Group (TMG) is a prominent literary agency in New York City dedicated to championing authors throughout their careers. Founded in 2000, TMG represents a wide range of bestselling and distinguished authors, as well as newly emerging authors. Our clients have won major literary awards and prizes, including the Pulitzer Prize, the National Book Award, the National Book Critics Circle Award, the P.E.N. Faulkner Award, the P.E.N. Hemingway Award, and The Booker Prize, among others. Our diverse group of literary agents are skilled in all genres of fiction and nonfiction. With an eye toward innovation, our clients are supported by dedicated departments in all areas of rights and career management. TMG’s robust Foreign Rights Department leads the industry in sales of both fiction and nonfiction abroad. Our author services include Digital Media & Marketing, Business Affairs & Administrative services, and Film & Dramatic rights sales. 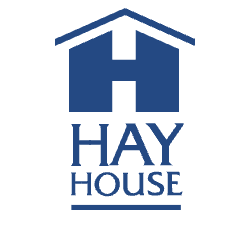 About Hay House:
In 1987, Hay House was founded by Louise Hay, one of the pillars of the modern self-help movement. Hay House is a mission-driven company dedicated to supporting positive change in the world by helping all people to grow in mind, body, and spirit.  It offers products and resources that empower, educate, and inspire. An internationally-renowned, mission-driven, independently-owned mind-body-spirit and transformational company, Hay House offers books, card decks, streaming content, mobile apps, and more, ranging from self-improvement to spirituality, health to business, metaphysics to memoir, diet to tarot, and children’s books to crystals. Hay House also provides online courses, live events, and audio experiences. Their self-publishing division, Balboa Press, enables independent authors to publish their work. Hay House serves millions of people in more than 35 countries from offices in the U.S., U.K., Australia, and India.