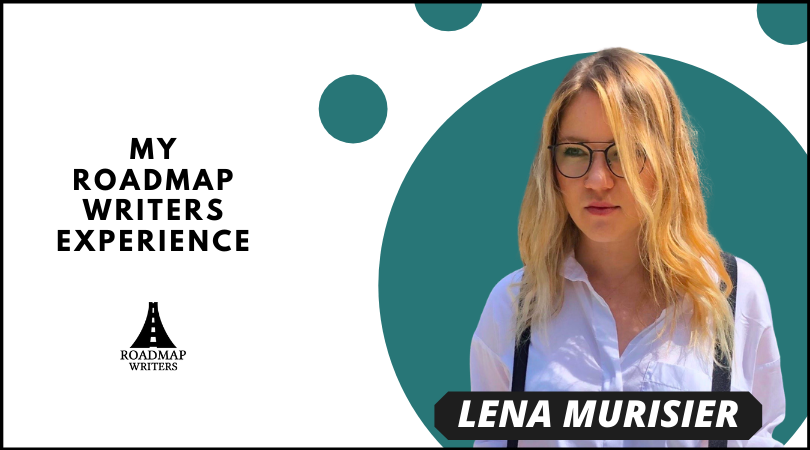 October 6, 2020
Tell us a little bit about your writing background and the road to getting signed.
It sounds cliché, but I was a storyteller all my life. I worked several jobs over the years in insurance, hospitality, marketing, and advertising. Work was often about 40 minutes away from home, and while many people hate that, it was the best part of my day. I could sit in my car, listen to music, and create stories and worlds in my mind. At some point, I even got a little worried, was I dreaming about life more than living it? No way! I traveled alone to Australia for 7 months, discovered the North Pole on my own, had traveled all over Europe, all before the age of 21. It was undebatable: I was living life to its fullest, right? And I had a great job. I was working for a national advertising company in Switzerland, pitching and putting together amazing projects all day long while making good money. Yet, the most enjoyable part of my day was sitting in front of my laptop in the middle of the night, writing short stories.

In 2018, I attended a short term directing program at the New York Film Academy to gain experience on-set. Shortly after, I applied for their screenwriting program, graduated in 2019, and immediately signed a production deal for my TV Show, Bonnie & Bonnie. It was the first pilot I ever wrote, and I was lucky enough to have won awards and traction in such a short time. Shortly after, I signed an option for Take Us to Church, my documentary debut on LGBTQ Affirming churches across the United States.

I am aware that achieving this much in less than two years is not common. For a while, I was almost ashamed of this success, as if I had to hide because it was too soon. And then I realized, maybe these are the voices we need out there also, the ones that say “it might not be common, but it is possible.” Everyone has their timing; this is mine. I met my manager at Untitled Entertainment through Roadmap Writers' Top Tier program. We immediately hit it off, not just on writing, but on our vision of stories and life.

You're signed with Untitled Entertainment. Tell us a little bit about the difference between writing as an unsigned writer vs. working with a manager.
From the moment Untitled signed me, we have been working on the next steps for all of my current projects. The amazing thing about our relationship is that we understand each other. My manager knows and understands why I need to tell the stories I tell, no explanations needed, and that takes an extremely skilled manager and profound human being. I have immense respect for him, his expertise, and his creativeness. It's amazing to have someone that supports you in your next steps and your writing, someone that believes in you so much that they walk in rooms vouching for you. Now, even with a manager as respected as Untitled Entertainment, I'm still on the lookout for work and opportunities because that is how I achieved so much in such a short amount of time. The difference now (and it's a huge one) is that I can let my manager know about what I find, get his feedback, and have him reach out on my behalf if we both agree it's a smart move.

Who are your writing influences? Whose work do you admire?
Shonda Rhimes comes to mind first. The rawness, honesty, and strength of her writing never cease to amaze me. Reading her scripts and following her masterclass is how I learned a lot about TV. Jenji Kohan is another strong inspiration. Her shows have always been so naturally inclusive and beautifully written. Maybe the biggest lesson I learned from them is to dare to write what you want to write and dare to be honest in your storytelling.

When I started writing, I was still struggling with coming out. I felt stuck, and I couldn't be fully open in my stories: I was scared. When I finally found the strength to come out, my writing flourished and gained traction from the moment I started writing from my heart, unapologetically. We all have a voice, but we are still learning to use it because now more than ever, underrepresented writers have access to making the shows and movies that tell their stories. The successes of shows that have female-leads, LGBTQ, POC, People with Disabilities show that there was always an audience. But now, maybe for the first time, there's more access than there's ever been to telling these stories.

How did you discover Roadmap Writers?
I discovered Roadmap Writers on Coverfly in March when they were holding their Diversity Contest. I entered the contest with my pilot Bonnie & Bonnie. A few days later, they emailed me that I was their April Diversity Winner. They offered me a month in their Pitch Prep program (step 1). I networked with great producers and writers. Joey was always posting about writers getting repped, and I wondered what program they were coming from and what their path was. Soon, I found out that Top Tier was the place to be. Luckily for me, Roadmap has a Top Tier Evaluation, allowing selected writers to enter the Top Tier (last step) without going through the whole program. If your script, pitch, and general presentation are at a certain level, you can get greenlit to enter the Top Tier program. I applied for the evaluation and was shortly greenlit, entering Top Tier in August. Exciting news! I was only the third person to get greenlit through the Top Tier Evaluation since the start of the program. As soon as I entered my first roundtables, I realized this was different. The quality of the pitches and screenplays was like nothing I've ever seen before for mostly non-represented writers. We started Top Tier in August, I met Untitled in September, and here we are today.

Other than getting signed, what's jazzing you right now?
Right now, my career path, opportunities, and support of my loved ones are jazzing me up!!! I'm super thrilled about the new opportunities and enjoying every second. I'm excited to see Bonnie & Bonnie getting closer to being on screen for everyone to enjoy. I'm hopeful I'll be able to visit Switzerland for the holidays despite the current world, and I'm jazzed about being in New York with my girlfriend's incredible (& loud) family.
The Roadmap Promise