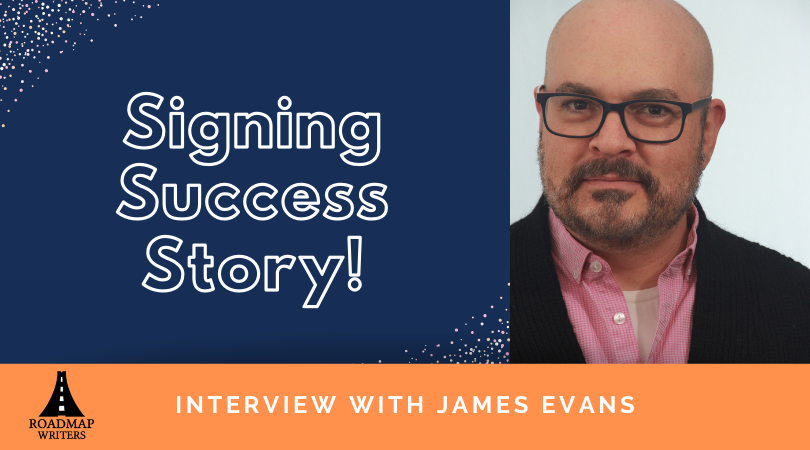 Congrats on getting signed! Can you tell us a little bit about your writing background and your road to getting signed?
Thanks.  It has been a very, very long road.  I used to think that one of my plays would get a good review in the New York Times, and that would be it.  I’d have a Pulitzer within the year.  And then I got the Times review.  Nothing happened.   In fact, that play lost money. But I kept writing because I don’t really know how to do anything else.

Success, for me, has always been about just continuing despite all reason.  I have had some breakthroughs, but things generally happen incrementally.  What seems normal now, would have felt overwhelmingly spectacular ten years ago.  I recently found some very nice rejection letters I had saved.  (I have received lovely rejection letters from some of the best theaters in this country!)  Despite the fact that they didn’t want to produce my play, those letters provided enough encouragement to keep me going for a while.

I no longer hang on to rejection notices.  Life has gotten better.

Not only did you land a rep but you got a prod. co on board for one of your pilots? How did that come about and what has the process been like so far?
I met Emma LaChance from Yellowbird during a Roadmap general meeting.  We had a great conversation, and she obviously liked my script, but the timing wasn’t right for some reason.  (Perhaps the pandemic?)  Then, about six months later, I received an email from her.  She wanted to pitch my idea to the other people in her office.  I emailed her the bible and she put together something for her team.  About a week later she wrote to say that they all loved the series and wanted to work with me on the development.  They asked me to write a two-page description of the series to entice potential showrunners.  I labored over those two pages for another week.  It was brutal.  I drank wine.  I typed.  I deleted.  I drank more wine.  I typed and hit send.  They sent back notes.  I did another draft.  And here we are.  Soon they will be sending it out and we’ll see what happens.

Who are your writing influences? Whose work do you admire?
I grew up in the theater so my first influences were all playwrights:  Edward Albee, Samuel Beckett, Caryl Churchill, Sam Shepard, Tony Kushner.  My teacher in grad school, Eduardo Machado, was hugely influential.  He taught me how to write without thinking too much.  Our brains can get in the way.

Lately I have been drawn to the work of strong, creative TV writers like Phoebe Waller-Bridge, Joey Soloway, and Steven Conrad.  (Not enough of the world saw his Patriot.  It might be the most perfect show ever made.)  You can really feel the poetry of their individual voices in everything they make.

Other than getting signed, what's jazzing you right now?
I have a new bass guitar.  It’s beautiful.  One day I will be able to play it in a manner in which it deserves. Also, I’m pretty psyched about vaccines.

How did you discover Roadmap Writers?
I tried pitching through several different companies years ago.  I hated the idea of paying to meet people, but it seemed the only way.  Back when we were in NY, my wife, an actress, had paid to take some casting director classes.   I hated that too.  But it worked.  They cast her and we made back the money many times over.  So, I gave it a go.  Most of the experiences were terrible and impersonal.  But Joey actually called me on the phone.  I don’t remember why, but I remember being impressed. I was also impressed with his desire to educate writers.  I knew how to write, but I didn’t know a damn thing about the business here in LA.  Roadmap has been super helpful from that standpoint.  I can’t believe what I used to think was a “commercial” story.  (I still haven’t written anything commercial, but at least I’m no longer delusional about it.)