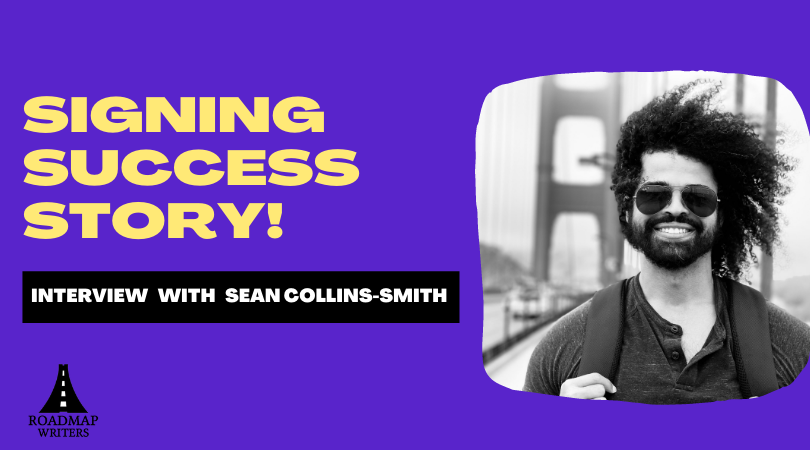 Tell us a little bit about your writing background. How did it all begin?
I started writing pilots in the back of a news van in Richmond, Virginia, while working for NBC. I never took any classes on writing for TV, but I did go to film school, which taught me the basics of script formatting. After reading a few pilot scripts, and watching golden-age TV like Breaking Bad and Mad Men, I figured I'd take my shot at it. My first pilot was a finalist in the Austin Film Festival in 2017, and my second pilot won in the Austin Film Festival in 2018! I moved to Los Angeles a month later.

You just signed with A3. How did that come about?
I read about Roadmap Writers' free BIPOC initiative on Twitter a few months back. I figured I'd go ahead and submit something since it was free, and I had a pilot I was trying to gain some traction with. Next thing I knew, Joey was reaching out to me to craft a list of agencies and companies to send my script out to. A3 was one of those companies, and they contacted my managers at 3 Arts to say they loved my script and wanted to set a meeting. A day after the meet, I signed with them!

What are you most looking forward to about working with your rep?
My reps at A3 immediately came across as genuine, hardworking people. I'm looking forward to collaborating with them to get staffed and to get my pilots in front of people who are as enthusiastic about bringing them into the world as A3 is.

As a storyteller how do you infuse your voice into your work?
My voice seeps into everything I write, including the dialogue, the description and even the situations my characters find themselves in. One of the most obvious examples of that is the injection of humor into dark, even deadly situations. I remember reading an interview a while back with a screenwriter who said he always found a lack of humor in tense situations to be phony. His reasoning, which I agree with, was that human beings try to defuse tension with humor quite often in their every day lives. That's something I took to immediately, because I do the same thing! So, in my writing, my characters do that. In effect, I just try to make sure my writing has “personality”.

Who are your writing influences?
Ah, so many. On the TV side, Aaron Sorkin, Vince Gilligan, Damon Lindelof, Matthew Weiner - those guys really know how to craft compelling, entertaining narratives...but they're all so different! I also love that they're not afraid to get weird. International Assassin, which was a season-two episode of The Leftovers, is a batshit crazy hour of television, but it's also undeniably brilliant. Same with some of the showmanship in Breaking Bad and Better Call Saul. There's some fun, experimental stuff in them. My literary and musical influences skew a little different: John Steinbeck is my favorite author, and Bruce Springsteen is my favorite singer/song writer. They both explore the gulf between the American Dream and the American Reality in a way that always draws me in. I try to do that with some of my work, too, while exploring the ties that bind family and friends together.

Having reached this new milestone for your career, what is one piece of advice you know now, that you would tell yourself when you first started out?
That this is a long journey! I was lucky enough to gain some traction with my first pilot, all the way from Richmond, Virginia. Which kind of feels like you skipped some of the hard work, maybe five or ten years' worth. When I came to L.A., I already had a manager and was already taking generals, but I've talked to people who've lived here for a decade who still can't get repped! Talk about being fortunate. But I've still got a long way to go, and I'd probably go back to 2018 and tell myself that, haha!

How did you first discover Roadmap?
I've been aware of Roadmap for a while. I'd always see people giving shoutouts to the company, and I assumed they were legitimate. I finally submitted to something run by the company, and it definitely worked out!