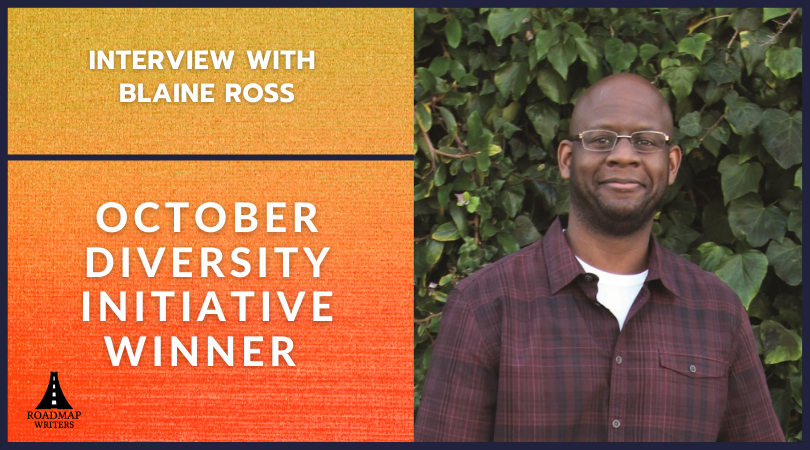 How long have you been writing and what made you want to write in the first place?
I graduated with a degree in theater from USC so my initial focus was acting. After a few cattle calls, I realized I didn’t like the process of being just another face for someone to scrutinize before we even got to my actual talent. I was a receptionist with tons of free time so I started messing around with writing scripts. What began as a time filler quickly grew into a passion. My new game plan was to write a script that I could act in. As the years went by I became less interested in acting and more consumed with storytelling. It took a long time for me to get comfortable with the story structure before finding my voice through funny dialogue. I’m finally at a point where I feel confident as a writer.

What genre do you prefer to write in? What draws you to that genre?
I’ve always been the funny guy. I was the typical class clown, masking my insecurities from being a husky kid. There’s no way I could function without comedy. No matter the situation I can find a joke to break the mood. My wife thinks I hide my emotions. I see it more as me being like one of the X-Men and my superpower is the ability to zap overwhelming emotions with a good blast of comedy. Sadly, it doesn’t work well with sports. I’m an emotional nut when it comes to athletic competition.

Tell us three things you're currently digging.
Thanks to the pandemic I’ve become overly competitive with teaching my two kids. In my mind, I’m going for the parent of the decade. If my 6 and 3-year-olds haven’t mastered calculus and a full understanding of a Cover 0 blitz scheme by the age of 10, I won’t be inducted into the parent Hall Of Fame. Keeping in line with my kids, I’m currently obsessed with Mario Kart. I recently introduced the game to them and they are destroying me. What’s worse is my daughter talks trash while beating me. I’m one part proud and two parts ready to kick her out on the street. I’ve also started watching America Says on the Gameshow Network. It’s like a new version of Family Feud. The show seems so simple yet it’s frustrating enough to keep me tuning in to test my knowledge against the rest of America. Wow, I have a competition problem!

What interested you about the Roadmap Diversity Initiative?
It’s been incredibly difficult to break into Hollywood. I’m so thankful for diversity initiatives giving people like myself an opportunity to shine. What makes the Roadmap program so interesting is how it’s focused on the marketing and pitching element of writing. I have never given much thought to the process because my focus lies in the written word. Even if you have a great script, if you’re unable to verbalize its potential impact on the people in power, you’re at a loss. I’m hoping to soak up a ton of information to make myself a more well-rounded writer, both on the page and in the meeting room.

Where can we find you?
Honestly, I’m that guy who’s soooooo afraid of social media. A lot of it is over my head and I’m worried people from my past will track me down for all the wrong reasons. But I do have a blog that I use to get random thoughts out of my head when my wife is tired of hearing my voice. The site is www.dontembarrassthefamily.com.